The ICO has become almost inseparable from the idea of a blockchain startup. It’s now the go-to means of raising capital for development teams convinced they are onto the next big thing. The sheer volume of ICOs has led to a proliferation of new tokens entering the market and, almost inevitably, an ever-expanding graveyard of projects that are now dead for a variety of reasons.

ICO Success or Failure – What Is the Secret Sauce?

For the individual investor who is still looking to crypto as a means of getting decent returns, it can be near impossible to work out whether or not a project is likely to succeed or fail. True, there are many practical checklists out there that can help potential investors navigate through the minefield of judging the long-term potential of a white paper or a development team.

But there are also other indicators of whether or not a blockchain startup is likely to do well. Rather than trusting a checklist, we can also look at a different model of raising capital that may also offer attractive potential for forward-thinking investors.

Blockchain — and broader distributed ledger technologies (DLTs) — are now gaining traction across many industry sectors including banking, automotive, aviation, and FMCG. Corporations are getting involved in a number of ways.

Some are participating in industry-wide consortia like R3 (financial) or MOBI (automotive) to work together on integrated solutions. Others are investing in trusted tech companies to custom-build systems for a particular solution; for example, Walmart working with IBM on developing DLT for use in its supply chain.

Digital Asset is one such example of a company that has established itself as a firm frontrunner in the game of developing DLTs for the financial sector. The company has never conducted an ICO. Instead, it followed a more traditional funding route and successfully gained financial backing from the likes of JP Morgan and Citigroup, raising more than $110m in venture capital.

Because Digital Asset is venture-backed, and its technical platform is not built on any public blockchain, it doesn’t operate within a token economy like blockchain startups that undergo an ICO. Instead, Digital Asset has created its own distributed ledger system, known as Digital Asset Platform. This platform combines distributed, permissioned ledgers together with a custom language for developing smart contracts. More private.

The ledgers that underpin the platform are segregated, meaning users can only view their specific section of the ledger, based on their permissions. This protects data with the level of confidentiality necessary for deploying the system within the financial sector. At the same time, a synchronization log works to ensure the integrity of data across the entire ledger.

Digital Asset Modeling Language (DAML) is the domain-specific programming language used by the platform. It’s designed to allow developers to program predictable behaviors and analyze any possible outcome. This enables the creation of smart contracts that serve to automate and standardize many of the complex statutory agreements and reconciliation efforts across the financial sector today.

How Does This Differ from Ethereum?

A custom-built DLT like that used by Digital Asset contrasts with a public blockchain ecosystem like Ethereum. The Ethereum blockchain is open, meaning node operators can see the entire blockchain. There are some workarounds to the confidentiality element in existence, but not to the extent that would satisfy the requirements of corporations and banking institutions.

Public blockchains like Ethereum allow the development of apps in general smart contract programming languages. General languages enable full programming flexibility, which can generate a vast array of eventualities from a single smart contract. This creates inevitable difficulties in foreseeing and testing every possible eventuality.

So Ethereum-based smart contracts coded in general programming languages may be subject to unintended consequences, which Digital Asset is able to avoid by developing its smart contracts in DAML.

The now-infamous case of The DAO hack is a prime example of unintended consequences in an Ethereum-based smart contract. Funds were siphoned off by a malicious party who was able to exploit inherent weaknesses in the underlying smart contract programming. This kind of hack demonstrates the vulnerabilities that are inherent in Ethereum.

Predictability is important because corporations have to consider risks to shareholder investments when they are implementing new technologies. Given the potential damage to share price, companies are understandably reluctant to embrace the same public ledger technology associated with a hack such as one suffered by The DAO.

Therefore, the predictability element of DAML for programming smart contracts may well mean that the Digital Asset offering could have applications beyond the world of finance and into other sectors in future.

This is not to detract from the fact that Ethereum and other public blockchains offer many advantages for both blockchain developers and the crypto investment community. However, the corporate world has many legitimate concerns with using public blockchains in their current state.

Within the world of finance, confidentiality is one of the most stringent requirements, and transaction data on a public blockchain is by definition, public. Furthermore, slow transaction speed and the proliferation of high-profile hacks also mean that public blockchains are not fit for all purposes, within the financial and other sectors.

Understandably, corporations need to ensure that the implementation of any new technology will create value, which means it must serve to help increase share price and hence return on investment for shareholders. Any risk that something will go wrong will scare the markets and achieve the opposite effect.

Why Private Investment Matters for Blockchain

Digital Asset is a private company, meaning it is not possible for individual investors to get involved unless the company undergoes an initial public offering (IPO) in the future.

So what then? If you can’t buy shares or tokens for Digital Asset, why bother? The point is, there is something to be learned from this in the context of the hundreds of new blockchain startups launching, and failing, each month right now.

Consider that the financial sector is dependent on middlemen for every step of even the most straightforward transactions. Brokers, lawyers, and other intermediaries pin the system together with the aim of ensuring that with enough parties involved, trust is established. However, financial institutions like those investing in Digital Asset understand that this system is complicated, with many handoffs for each transaction.

The system is not this difficult by design; it has evolved, based in part on externalities like the 2008 global financial crisis. But the industry itself recognizes a need for development. It sees the long-term potential of DLTs to do that. The core of the original blockchain principle was that of creating a system that serves to connect two parties directly and to replace the need for an intermediary to establish trust in transactions that involve the exchange of value.

Digital Asset is taking these core principles and developing them in a custom solution for the financial sector and private investor. It is promising to speed up trade times, automate many of the legal agreements around trading, and assure the legal requirement of confidentiality, through segregation of permissioned ledgers.

Private Ledgers as a Catalyst for Adoption

This is where the fundamental question of blockchain adoption starts to get interesting. Blockchain purists tend to scoff at the idea of decentralized ledger technologies getting adopted by big businesses. Making decentralized ledgers private or permissioned also defeats the inherent principles of an open consensus network overriding the need for trust. After all, if the consensus network is closed to a particular group, why do they even need to decentralize?

Well, the world, even closed networks between financial institutions and corporations, still doesn’t operate on peer-to-peer trust. It runs on those middlemen. And they charge fees. Reducing fees reduces costs, hence increasing the potential return on investment to shareholders, which attracts more money and investment to the company in question.

So, private blockchains do have value and could ultimately be the catalyst for widespread adoption of decentralized technologies, whether blockchain purists like it or not. If we compare this evolution to that of the internet, nobody thinks anything these days of companies utilizing closed intranets and private networks to get business done.

Companies who hadn’t bothered to stay up to speed with internet technologies would have gone bust a long time ago, taking shareholders’ investments with them. Nevertheless, corporate adoption of internet technologies didn’t change the fact that the world wide web itself remains an open system in which anyone can participate.

Why Crypto Investors Should Pay Attention to DLT Adoption

Digital Asset has the attention and investment capital of some of the world’s most prominent banking institutions. Those institutions believe in the power of distributed ledger technology to bring innovative changes to the sector, or they wouldn’t have invested. This belief comes about because using DLTs in the financial sector holds true, long-term, industry-changing potential.

What Digital Asset is doing right is using the very core functionality of DLTs to solve an existing problem. It isn’t building a solution for a problem that doesn’t exist, neither is the company seeking to make a fast buck in quick returns.

It is playing a long game, the result of which will create automation and increase trust between parties. This, in turn, will speed up transactions and increase the profitability of private players in the financial sector. Profitability is ultimately what increases return on investment to shareholders.

Profitability is the same reason that Walmart and IBM partnered on the initiative to use the digital tracking capabilities of blockchain in the Walmart supply chain. If Walmart can decrease lost product, then it serves multiple benefits.

The company believes it can increase profits from less lost product and reduce spending on trying to track and trace product through the supply chain. Blockchain-based digital tracking will also decrease the risk that spoiled products can get onto shelves and into consumers homes. Decreased risk also increases share prices by giving confidence to the market that the company is a sustainable bet for private investment.

The solutions developing for DLT’s in big businesses do not come with public white papers and the offer of immediate returns on tokens. However, this doesn’t mean they can’t become the blueprint for savvy investors who are evaluating upcoming ICOs and the potential for long-term rewards.

Taking a broader view, this could also present a way of assessing other long-term investment opportunities. Rather than putting money into the company offering the blockchain solution, start to look at which companies are implementing DLT’s; is there a chance that share prices would increase as a result?

Adoption of this wide-angle view is how successful investors make money. They don’t chase quick returns based on a shiny white paper.

The savviest investors look out at the world, take the time to learn about what is making a difference to the markets and use that knowledge to make insightful evaluations of future potential for change.

Those who successfully came through the dotcom boom understood this, and those who will make the most profit from investing in blockchain and DLTs are likely to be no different.

This article by Sarah Rothrie was previously published on Coincentral.com

Sarah ran away from a corporate job so she could travel the world. After doing that, she found herself a much-loved new career as a freelance blockchain technology writer. She is now a full-time digital nomad, who travels the world while working on her laptop. In addition to writing and researching, she also runs her own websites – find out more at sarahrothrie.com. You can usually locate her somewhere near the food.

Hey there! The articles on this website are written by industry professionals. As a tribute to all those awesome authors out there we decided to create a platform for them to show off their best work. View all posts by Awesome Author 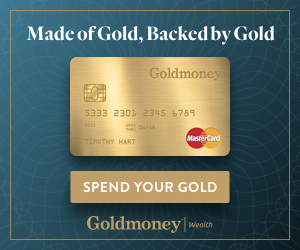 One response to “Private Blockchains: Why Crypto Investors Should Care”